Sugaronline Voices: Brexit crisis and its impact on sugar By Julian Price

The UK Prime Minister Theresa May’s government has been plunged into crisis as the Brexit minister David Davis has resigned.

On Friday 6th July, UK cabinet ministers met at the Prime Minister’s country house, Chequers, and they agreed what Theresa May hailed as a “collective position for the future of our negotiations” on Brexit.

If the Chequers plan would be agreed by the EU27 (a very big “if”), then there would be so-called “Facilitated Customs Arrangement” (FCA) which would allow a post-Brexit UK to set its own tariffs for trade with the rest of the world but without causing border disruption, in particular without a “hard” Irish border. The statement said that the UK and the EU would be treated as a “combined customs territory”. Under this scheme, the UK would apply domestic tariffs and trade policies for goods intended for the UK, and their EU equivalents for goods heading into the EU, and vice versa.

However, any hope that the Chequers compromise would usher in a new-found unity in the UK Government were shattered in the evening of Sunday 8th July as David Davis resigned as Brexit secretary, breaking asunder the hard-won consensus around Theresa May’s Chequers deal and plunging her government into crisis. Davis has told friends he cannot live with the soft Brexit stance agreed between ministers on Friday, which proposes a “UK-EU free trade area”, governed by a “common rule book”. David Davis’ resignation was swiftly followed by that of fellow Department for Exiting the EU ministers Steve Baker and Suella Braverman. It now forces Prime Minister May to reshuffle her government, at the same time as trying to convince backbenchers to support her plan.

The Chequers statement is clear that the UK will leave the Common Agricultural and the Common Fisheries policies (CAP and CFP). The UK ministries DEFRA (agriculture) and DIT (trade) are working together on the trade aspects of Brexit, in consultation with DExEU, the Brexit department. Until now, as the National Audit Office stated, the two departments have until now been “left in the dark” about how to prepare for Brexit, lacking a “clear plan” of priorities. Until David Davis’ resignation, it seemed there may be hope that the Chequers statement could provide the rudiments of a plan for post-Brexit trade in agricultural products including of course sugar.

At the Oxford Farming Conference on 4th January 2018, the DEFRA minister Michael Gove said that the UK will have its own agriculture policy and its own environment policies. Mr Gove added that although the CAP has “evolved, and indeed improved, over time, it is still a fundamentally flawed design. Paying land owners for the amount of agricultural land they have is unjust, inefficient and drives perverse outcomes. As recent scholarship has shown, the so-called greening payments in Pillar One have scarcely brought any environmental benefits at all. We can, and must, do better”, he said.

In the EU sugar sector, we know that the CAP system of Voluntary Coupled Support (VCS) has led to “unjust, inefficient and perverse outcomes” (to quote Mr Gove). The ACP Group wrote to the EU Commission president Jean Claude Juncker and other EU panjandrums on 24th May 2018 to call for VCS to be abolished and for the EU to refrain from instituting any other trade distorting measures. The ACP Group has yet to receive a substantive reply.

Meanwhile, the beet growers’ and beet processors associations, CIBE and CEFS, issued a press release on 18th June 2018 to state, “The trade policy that the UK government looks likely to pursue raises risks. A reduction of duties applied to imports of raw sugar for refining would result in increased quantities of refined cane sugar on the UK market. This could prompt an increase in exports of UK beet sugar to the EU: in other words, triangular trade. We call on the European Commission to take steps to prevent this”.

And so as well as benefiting from the distortions caused by the disastrous 2006/09 policy reforms, CIBE and CEFS seek to impose additional restrictions on UK imports after Brexit of raw sugar for refining and on UK exports to the EU27 of both refined sugar and sugar contained in food products.

In theory the UK could raise a maximum tariff of the sterling equivalent of 419 €/t on white and DC sugar, and 339 €/t on raw sugar for refining originating in the EU (including in the French overseas departments) and other non-preferential countries. No doubt if the UK did implement these tariffs, the EU27 would respond in kind.

The above would, I’m sure, be WTO compatible. A tariff wall across the English Channel and the Irish border would also be the inevitable consequence of a “no deal” Brexit. And such a scenario would, by restricting the supply of subsidised EU27 sugar into the UK market, go a very long way indeed to providing a framework for a truly preferential market in the UK for tariff-free ACP suppliers under a UK/ACP free trade agreement.

Yet there is much to criticise in the Chequers statement, as David Davis made clear in his resignation letter (see below). Also, the Chequers compromise prompted some rather crude remarks by – guess who? – the foreign secretary Boris Johnson (unrepeatable). But the compromise was welcomed by the DEFRA minister Michael Gove, who perhaps has designs on replacing Teresa May?

The criticisms include that the Chequers proposals would involve the permanent continuation in the UK of all EU laws which relate to standards for goods, their composition, their packaging, how they are tested etc., etc., in order to enable goods to cross the UK/EU border without controls (“frictionless trade”).

Moreover, there would be a general obligation (“common rulebook”) to alter these UK laws in future whenever the EU alters its own laws, with a mechanism for Parliament to block such changes which is probably theoretical rather than practical, putting the EU in a position to fashion its rules relating to goods so as to further the interests of continental producers against UK competitors, whilst the UK would no longer have the right to vote on those rules and would thus be a “vassal state” of the EU.

Perhaps more seriously for the ACP Group’s chance of negotiating a new preferential FTA with the UK, the Chequers obligation to follow a “common rulebook” for goods would gravely impair the UK’s ability to conduct an independent trade policy. In particular, it would prevent the UK from including Mutual Recognition Agreements for goods in future trade treaties, and oversight (or due regard) for jurisdiction of the European Court of Justice would put the UK in a position where the supremacy of the UK courts would not be restored after Brexit, contrary to what was said in the Chequers statement. Also, the proposed “Facilitated Customs Arrangement” may be found to be in breach of the national treatment principle in GATT Article III, and it is not clear how the problem of rules of origin controls on UK manufactured goods imported into the EU would be addressed in the absence of customs controls on the UK/EU border, nor how this issue could be solved compatibly within WTO rules.

There are 14 weeks to go before the European council summit deadline for a Brexit deal on 18th October 2018. The gory details of the Chequers agreement are (still?) planned to be written into a White Paper on Thursday 12th July. Meanwhile, negotiations in Brussels are currently suspended and will resume the week after next, but the House of Commons will go into recess the following week on 20th July. An EU official said on Saturday that the Brexit taskforce “TF50” would be “available throughout the summer” for talks. The UK Parliament returns on 5th September but breaks again for conference season between 14th September and 9th October, including a critical Tory conference from 30th September to 3rd October.

There is much else to criticise and comment about in the Chequers statement, but for now the focus in the UK will be on saving Teresa May and avoiding a general election which could easily see Jeremy Corbyn elected as Prime Minister.

Sugaronline Voices: Should we tax soda? 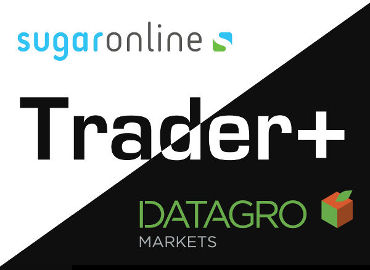 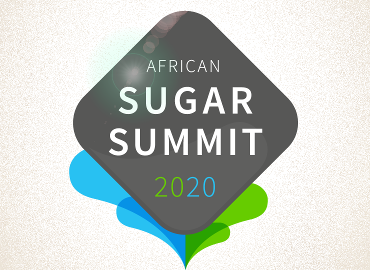 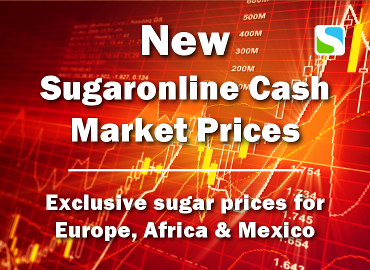